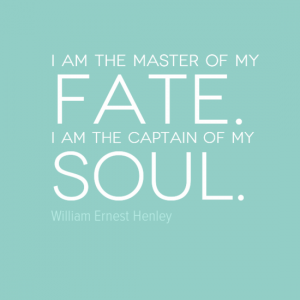 Who was William Ernest Henley?

William Ernest Henley was an English poet born in 1849. From the age of 12, Henley suffered with tuberculosis (“TB”) and was frequently ill and unable to attend school. In 1869, at the age of just 20, he had to have his left leg amputated just below the knee. Just a few years later he had to have his right leg amputated and spent 3 years in hospital.

Despite this Henley went on to marry, became a father and a successful publisher. In addition, he published several works of poetry with his best remembered poem “Invictus” used by Nelson Mandela to inspire other prisoners at Robben Island. The poem is referred to several times in the 2009 move “Invictus” and was quoted by President Obama in his speech following the death of Nelson Mandela.

Out of the night that covers me,
Black as the pit from pole to pole,
I thank whatever gods may be
For my unconquerable soul.

In the fell clutch of circumstance
I have not winced nor cried aloud.
Under the bludgeonings of chance
My head is bloody, but unbowed.

Beyond this place of wrath and tears
Looms but the horror of the shade,
And yet the menace of the years
Finds, and shall find, me unafraid.

It matters not how strait the gate,
How charged with punishments the scroll,
I am the master of my fate:
I am the captain of my soul.