How do you see problems? This week we feature a quote from a famous politician – Winston Churchill. 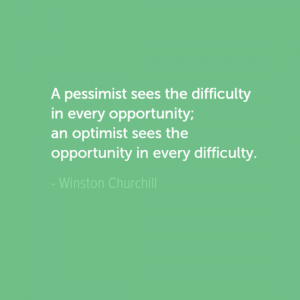 Who was Winston Churchill?