Do your dreams scare you? This week we feature a quote from the first female elected head of state in Africa and a noble peace prize winner. 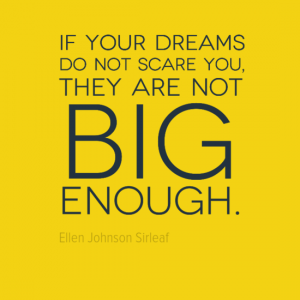 Who is Ellen Johnson Sirleaf?

Ellen Johnson Sirleaf was born in Monrovia, Liberia in October 1938. At the age of 17, she married and in 1961 traveled to the United States to continue her studies. Following her studies returned to Liberia and worked for the government, eventually becoming Assistant Minister of Finance. Following a military coup in Liberia in 1980, she initially accepted the role of President of the Liberian Bank for Development and Investment. However, the role was short lived and Sirleaf fled the country having criticized the new regime. She moved briefly to the United States were she worked for the World Bank before leaving to serve as Vice President of the African Regional Office of Citibank. She resigned from Citibank in 1985 and returned to Liberia, however she was placed under house arrest and imprisoned for 10 years. Sirleaf soon received a pardon but was later rearrested and imprisoned before secretly fleeing Liberia.

In 1997, Sirleaf joined the UNDP before resigning in order to run for President of Liberia, coming second to Charles Taylor. Following her defeat she left Liberia once again before returning to run in the 2005 Presidential campaign. She was eventually declared the winner of the election and became Africa’s first female elected head of state.

From the beginning of her presidency, Sirleaf vowed to make reduction of the national debt a top priority for her administration. In 2010, $1.26 billion of debt was cancelled, with independent bilateral creditors canceling an additional $107 million, essentially writing off Liberia’s remaining external debt. In 2006, Sirleaf established a Truth and Reconciliation Commission with a mandate to “promote national peace, security, unity and reconciliation” by investigating more than 20 years of civil conflict in the country. In 2007, Sirleaf issued an Executive Order making education free and compulsory for all elementary school aged children. In October 2010, Sirleaf signed into law a Freedom of Information bill, the first legislation of its kind in West Africa. In recognition of this, she became the first sitting head of state to receive the Friend of the Media in Africa Award from The African Editor’s Union.

In 2011, she was awarded the Noble Peace Prize in recognition of her work promoting economic and social development, and to strengthening the position of women. In 2012, Sirleaf was reelected to serve a second term as President of Liberia. 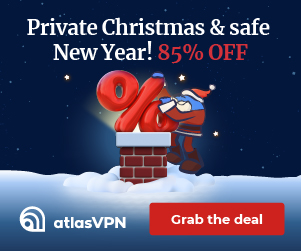