This week we feature an inspiring quote from clergyman, activist, humanitarian, and leader in the African-American Civil Rights Movement, Martin Luther King. 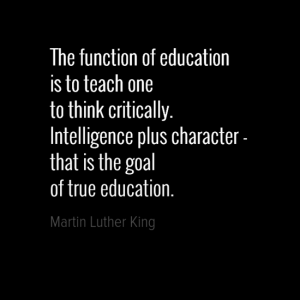 Born in the American state of Georgia in 1929, King is best known for his role in the advancement of civil rights using non violent civil disobedience.  In 1964, he received the Nobel Peace Prize for combating racial inequality through non violence.

King was tragically killed for his views in 1968, the day after giving a prophetic speech containing the following passage:

“Well, I don’t know what will happen now. We’ve got some difficult days ahead. But it doesn’t matter with me now. Because I’ve been to the mountaintop. And I don’t mind. Like anybody, I would like to live a long life. Longevity has its place. But I’m not concerned about that now. I just want to do God’s will. And He’s allowed me to go up to the mountain. And I’ve looked over. And I’ve seen the promised land. I may not get there with you. But I want you to know tonight, that we, as a people, will get to the promised land! And so I’m happy, tonight. I’m not worried about anything. I’m not fearing any man. My eyes have seen the glory of the coming of the Lord!”

The legacy and beliefs of King have survived long after his untimely death and provide lessons for all mankind.